Industry-Funded Science: What's All the Fuss About?

Since the PTRC’s inception in 1998, industry dollars have been brought together with funding from both the provincial and federal government to conduct research in targeted areas of science. With the Government of Canada recently announcing that subsidies would no longer be going to companies for the expansion of hydrocarbon resources, what does such an announcement mean for scientists conducting R&D in the oil & gas sector? Does that blanket restriction on subsidizing hydrocarbon energy production mean that applied scientific research of the kind supported by the PTRC is on the way out?

What’s with the PTRC?

The reasons why the PTRC was created 24 years ago were twofold: 1) to leverage private sector and government funding to develop within Saskatchewan’s research institutions and universities the capacity to conduct research into petroleum, particularly heavy oil, which at that time dominated production in the province; 2) to lessen the environmental impacts and increase the efficiency of oil production. Research at the PTRC pretty much advanced one or the other of these two main goals.

But in the year 2000, PTRC’s research program experienced a significant shift with the company’s management of an international consortium called the IEAGHG Weyburn-Midale CO2 Monitoring and Storage Project. This 15 year research program saw over $80 million in research funds directed toward +40 organizations and universities around the globe – much of it to Canadian universities and research councils – to develop best regulatory, technical, and scientific practices for storing CO2 in a depleted oil reservoir. Ten industry sponsors provided $700,000 dollars each to the program, and the USDOE, NRCan, the Government of Saskatchewan, and governmental organizations from Japan and the European Union all funded research.

The subsequent findings – over 300 research papers, two book publications including a Best Practices Manual, and a special supplement (2013 – Vol 16) in the International Journal of Greenhouse Gas Control – have helped to inform CO2 storage projects globally.

Weyburn-Midale research led to a major conference session at the Kyoto Greenhouse Gas Technologies Conference in 2011.

With that one project the PTRC’s applied science programs expanded beyond just heavy oil – although it does still remain a major focus through our Heavy Oil Research Network (HORNET). The company became a proven manager of large, international programs.

That sound management and delivery of research findings led to the PTRC’s application and approval to become one of the inaugural Business-Led Networks of Centres of Excellence with Industry Canada in 2008.  The rigorous application process saw PTRC successfully acquire $10.5 million from the Government of Canada between 2009 and 2013, while leveraging additional funds from five different private sector partners and the Saskatchewan Ministry of Energy and Resources for a total research  program of +$25 million. Research focussed on lessening the environmental impacts of oil and gas production. Everything from water use, emissions intensity, use of solvents like CO2 in oil production, and analyses of new environmental technologies all occurred during the five year life of the program.  An assessment of the inaugural four Business-Led Networks noted that the PTRC’s STEPS program had the largest industry funding of any of those initial networks.  The database of research results is still routinely accessed by researchers and by industry sponsors of the PTRC’s programs.

What’s the Risks of Industry Funding?

There are obvious potential pitfalls and risks to industry-funded research conducted, especially, at universities. You don’t have to go back very far to research “studies” funded by companies like Phillip Morris, to understand how research can be undermined by industry money. But where public and private sector funds are intermingled in research programs like the PTRC supports, certain precautions and structural oversights have been taken.

A program like PTRC’s HORNET, for example, has a two-step verification and approval process. An initial “request for proposals” (RFP) goes out to universities and research councils early each year (January and February) and +50 proposals are reviewed. Proposals are entirely the 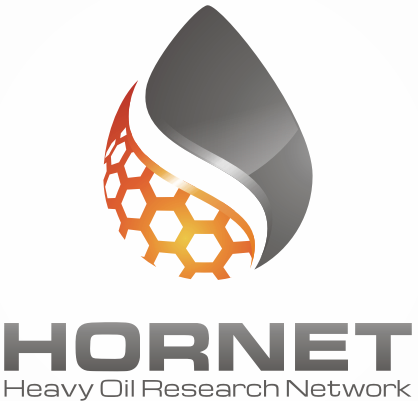 making of the individual professors and driven by them, although the focus of the RFP asks researchers to address the industry challenges outlined in the RFP document guide. The focus is determined through a Technical Advisory Group made up of engineers and geologists from the funding private sector companies, Innovation Saskatchewan (PTRC’s main provincial source of revenue) and PTRC’s senior project personnel. The TAG assures that both the goals of industry and the environmental/social goals of governments are addressed in the project approval process.

From those 50 proposals, about 20 make it through to full application, where main research goals and budgets are provided. Ultimately, between 10 and 15 final projects (totally around $1.2 million dollars) are approved in HORNET each year.

Research in HORNET has contributed towards the development of technologies that could significantly reduce both the use of water in commodity production, and the production of CO2 in oilfield operations.

Is Research Really All That Different between the Social and Applied Sciences?

While the Government of Canada has announced a phasing out of subsidies for the production of oil and gas, they have not given up on applied research, particularly into carbon capture, utilization and storage. The PTRC’s Aquistore project, which arose out of Weyburn-Midale research, is another example of industry-led initiatives that are crucial to helping Canada reach its emissions reduction goals. Aquistore is not about producing more oil, rather the project is examining the permanent storage of CO2 deep underground (+3.2 km) in a brine and sandstone formation,  This is a storage project, not EOR, and oncee again the project has partners from Japan, Australia, the US. Europe and other jurisdictions.

What I am going to say next should not be considered controversial. No research is impartial, not even in the hard sciences like engineering and geology, least of all in the social sciences like humanities and cultural geography. What drives a particular academic’s scientific enquiry is often shaped not by science itself, but by things that have affected that individual in the realms of social interactions, politics and economics.  See the academic Raymond Williams and Cultural Materialism.

I remember when the PTRC received its initial funding from the BL-NCE program to establish STEPS.  Newly flush with money, we started to seek out academic partners at universities across the country (Business-Led "Networks of Centres of Excellence" were to be precisely that – networks of researchers spread across the country and not just in science, but in the social sciences as well).

Despite the PTRC having received $10.5 million dollars from the same Government of Canada department that funded both the National Science and Engineering Research Council (NSERC) and the Social Sciences and Humanities Research Council (SSHRC), the perception that STEPS would in some way taint research remained a strong determining factor in some researchers refusing grants from us.

The Perception of Industry Contamination

One professor indicated that in no way would they accept STEPS funding for their research into the effects of the oil and gas industry on local communities because to do so would tarnish the credibility of their findings. Remember: the BL-NCE was funded from the same program as SSHRC and NSERC.  What did such a refusal mean in relation to the political and economic drivers behind the refusal itself? Could it be that all research, whether influenced by industry challenges or not, is always driven by the complex interactions of researchers with their perceived communities?

A final note: When I was working on my D.Phil. at the University of Sussex on American Literature and Queer Theory all those many years ago (shocker: I am a member of the LGBTQ2 community) I was successful in receiving three grants - a British Academy Overseas Fellowship, a Social Sciences and Humanities Research Council Fellowship (SSHRC) and the Alberta Heritage Fund’s Wilfred May Fellowship. Those applications for research, as exhilarating as my course of study and connections with colleagues became, led to results no more or less biased than any of the research I have seen conducted at the PTRC over the past 14 years.

To say that my research was independent, or rather more researcher-driven because I did not have an industry sponsor, is facetious at best and just a lie at worst. The many things I wrote in that SSHRC proposal, in particular, were to appeal to the leading queer academics of the day who were on adjudication committees and would determine my fate. Today some of those feminist and queer theorists from the early 90s have been attacked for being transphobic, or even worse.

Understand the politics of your research at all times.

No application of science or research is impartial.

Back to all posts